The History
In 1859 the «Pavia» became a regiment of Hussars, with the denomination Husares de Pavia, 7th Cavalry, being named 1st Hussars in 1865.
The Hussars of Pavia participated in the actions and battles of the Third Carlist War, distinguished in the battle of Oroquieta, the rupture of the site of Bilbao, the battle of Monte Muru, the capture of Villarreal de Álava and the battle of Treviño.
The regiment intervened in the Battle of Alcolea on the side of Isabel II.
At the beginning of the 20th century the regiment participated in the operations in Morocco, landing three of its squadrons in Melilla in 1909 and participating in different actions and combats until 1910.
He returned to action in the surroundings of Melilla in 1921 and 1922.
In 1931 the regiment was integrated into the 3rd of Hunters – along with the «Princess» and the «Maria Cristina» – that in 1935 would take the name of «Villarrobledo».

The figures
Figures are from two kits. Bodies from Italeri French Hussar. Heads are from Napoleonic English Infantry form hät. 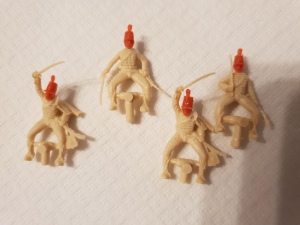 The paint
After researching from different sources, I decided on the 1868 uniform shown here. I add a small painting guide. 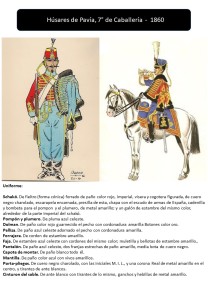 I had used humbrol an vallejo paints. 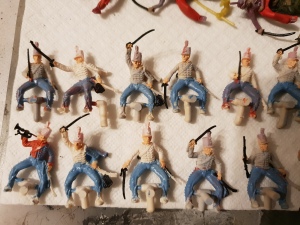 At the end i used some inks from GW and Betun de Judea. 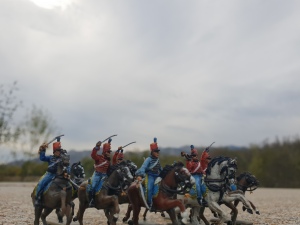 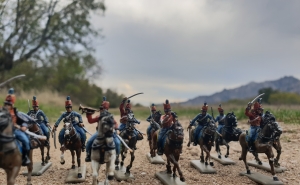